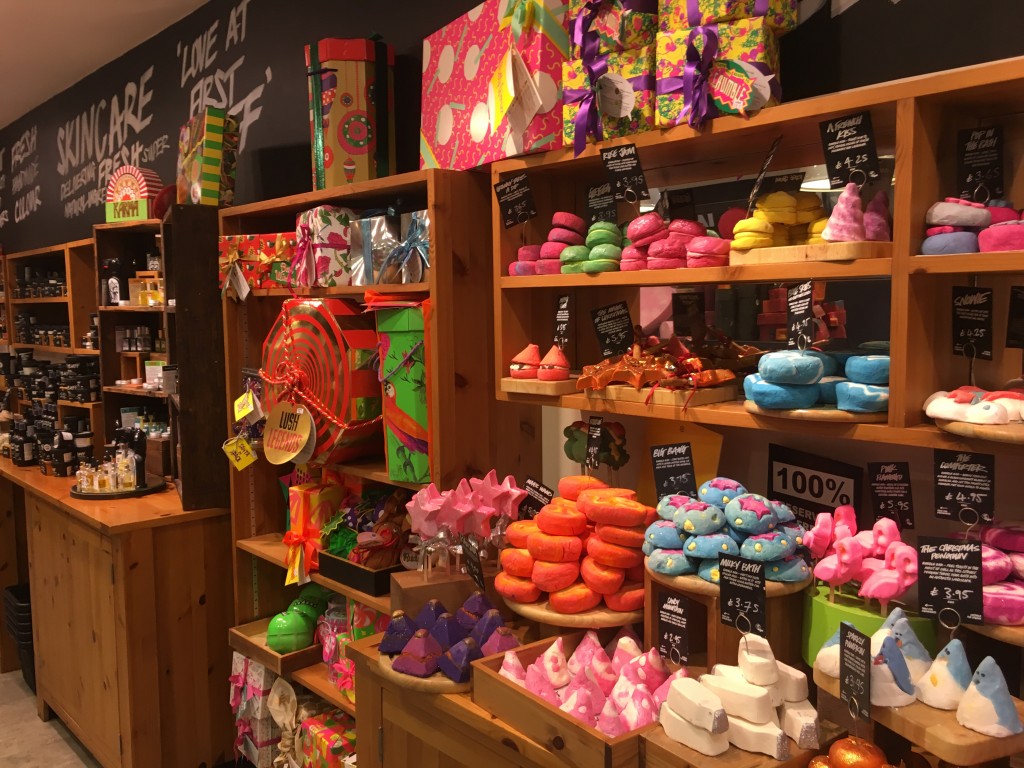 Last Friday evening, I headed to Lush in Exeter to take part in their 2016 Christmas blogger event. I’d heard a lot about Lush’s blogger events and how fantastic they are, so I was incredibly excited to be invited along.

As I didn’t know any of the other bloggers who were going, I was slightly apprehensive about it. (It’s never nice being the new gal, is it?!) I did some networking via Facebook and arranged to meet the lovely Hannah from Not Another and Emily from Emily Rose beforehand at Cafe Nero for a coffee. 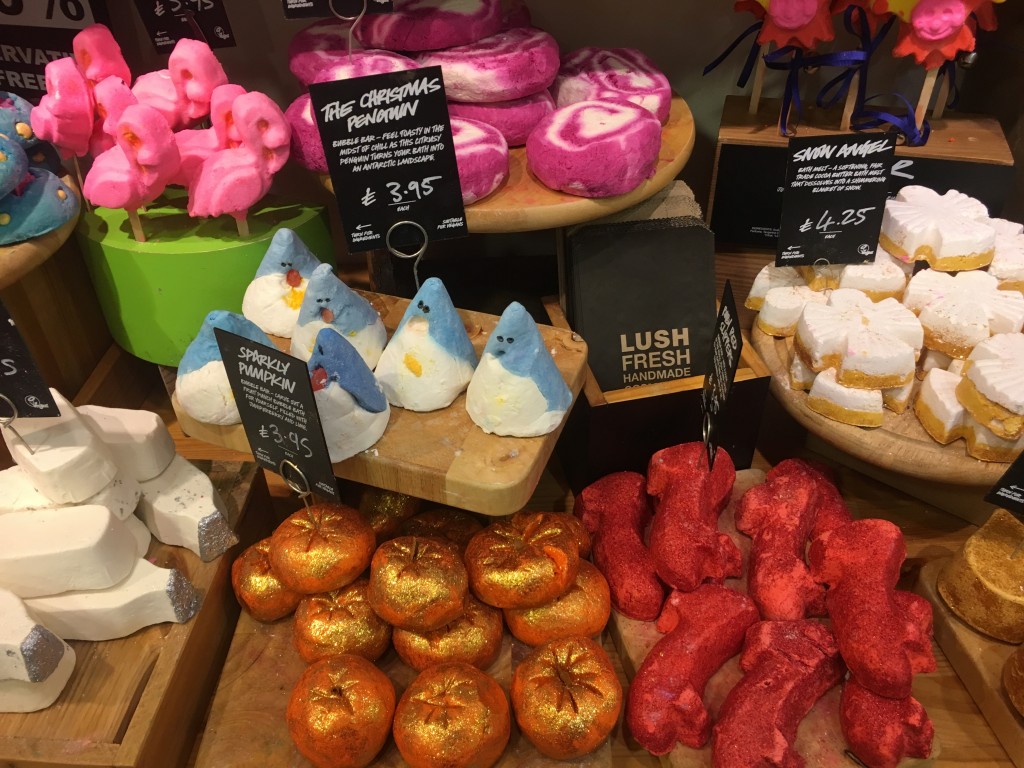 I must admit that although I am a fan of Lush’s products, I’ve not used all that many of them. I’ve had the odd bath bomb or two and a couple of hand creams, but that’s about it. So I was super excited to learn more about Lush and their products.

On arrival, we were greeted with some delicious drinks and a selection of treats, and were each given a Lush name badge with our Instagram names on. (I thought that this was a lovely little touch – it was great to know what everyone’s blog names were.) Then, once we’d all said our hellos, we moved onto the first selection of products.

First up was bath products! 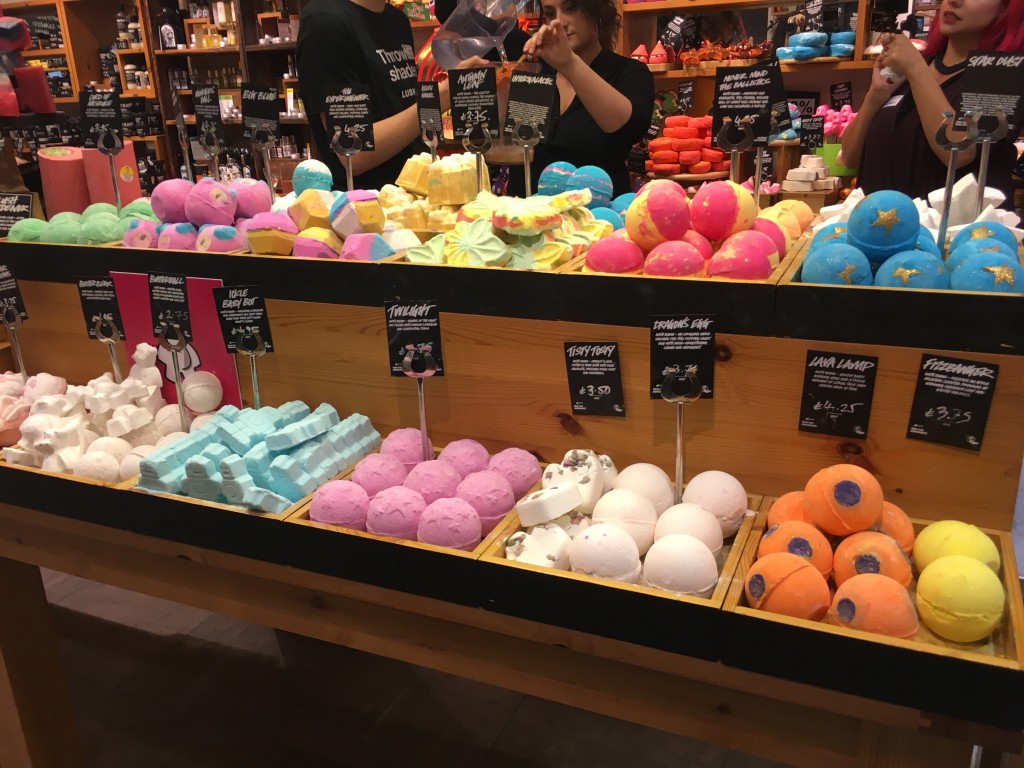 The first selection of products that we were invited to test out were bath products. We all gathered around Lush’s famous silver bowls, ready to see the magic as some of Lush’s Christmas bathbombs were dissolved. Before each bath bomb was added to the water, we passed them around and have a sniff. 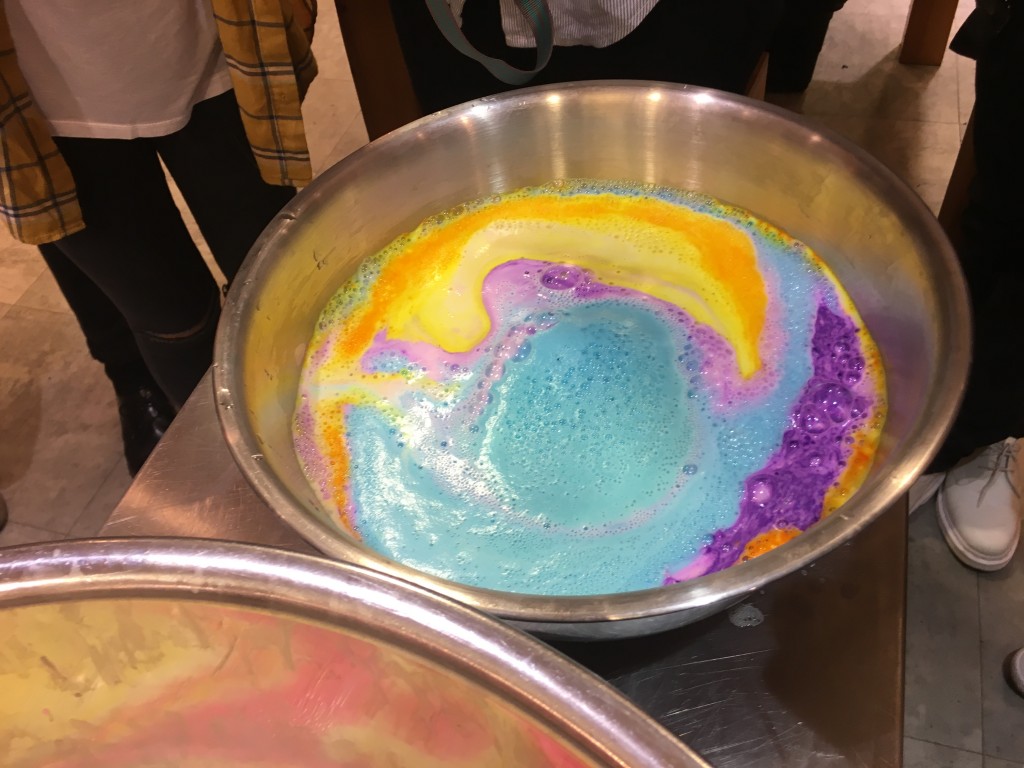 The first bath bomb that we were shown was Shoot For The Stars, a bright blue design dotted with little gold stars. When added to the water, it immediately turned it a bright shade of blue, then as the bomb dissolved, gold streaks began to appear. This pretty bomb is packed full of cocoa butter, bergamot oil, orange oil, and coconut cream, and smells incredible! 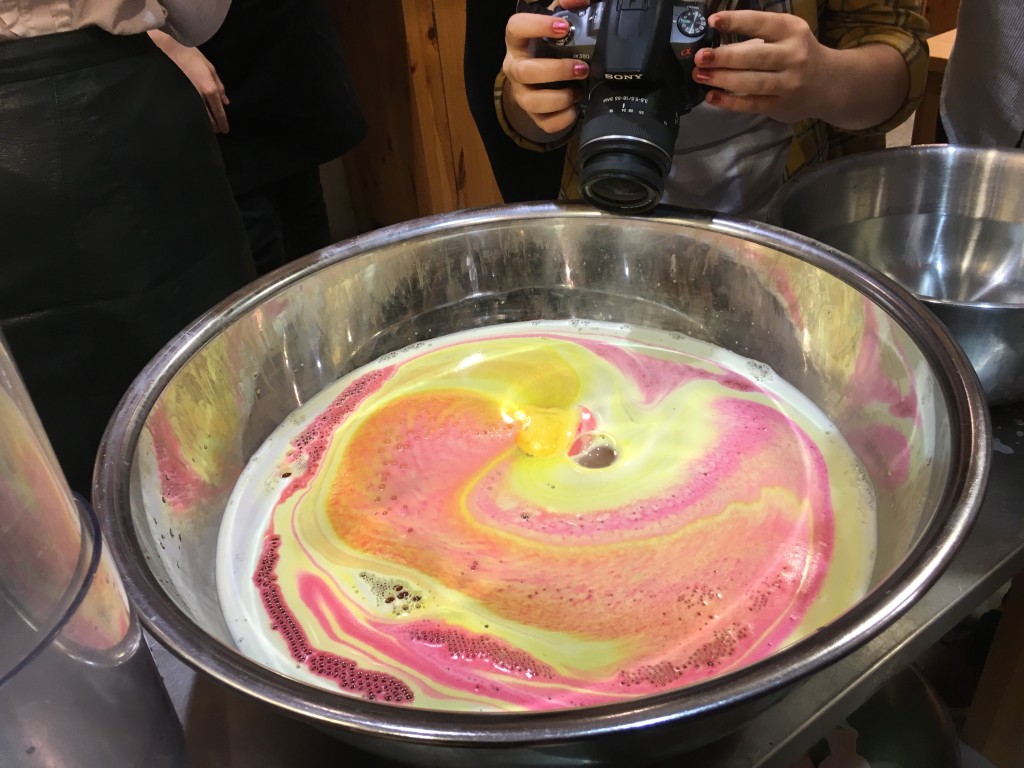 We were also shown So White, a simple-looking white bath bomb with a tiny dot of green on it. It might look a little boring, but the moment it hits the water, thick, white, orange-scented foam starts to appear.

Next, we were shown the cutest, santa-shaped bubble bar, called Peeping Santa. A small amount was crumbled into a jug and water was added, making an insane amount of bubbles. (I’m a real fan of the bubble bars because you can get more than one use out of them, unlike the bath bombs.) 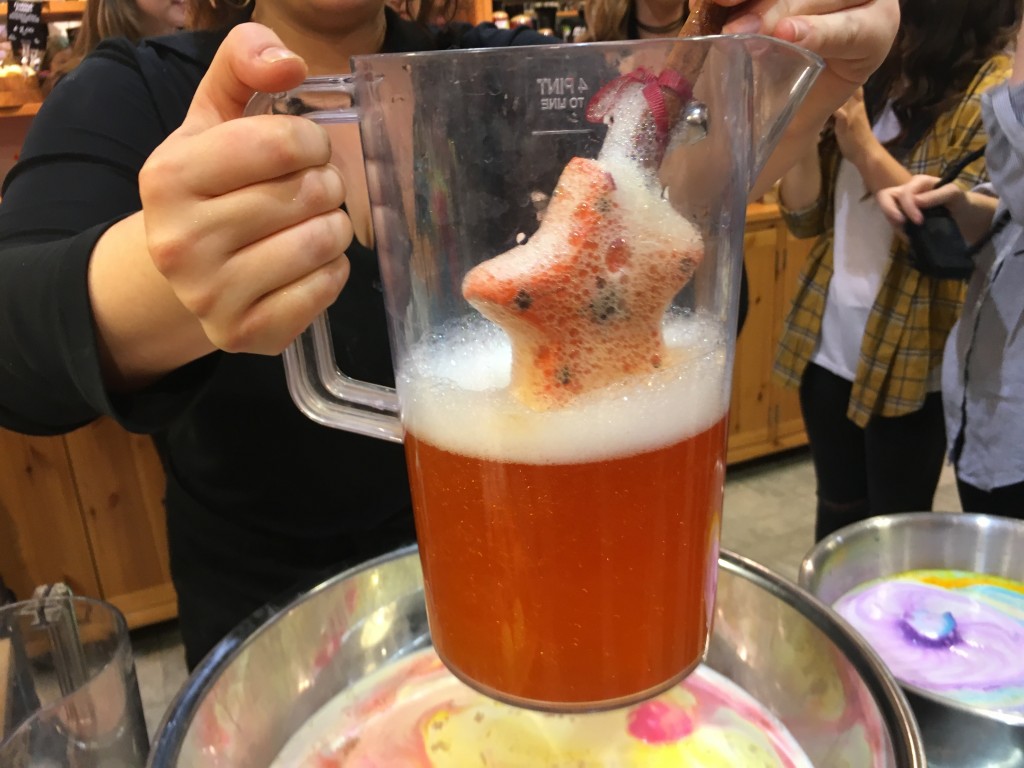 After seeing a couple more bath bombs – Nevermind The Ballistics and Northern Lights, we were then shown Magic Wand, a reusable bubble bar that can be dipped into the bath to create lots of lovely foam. 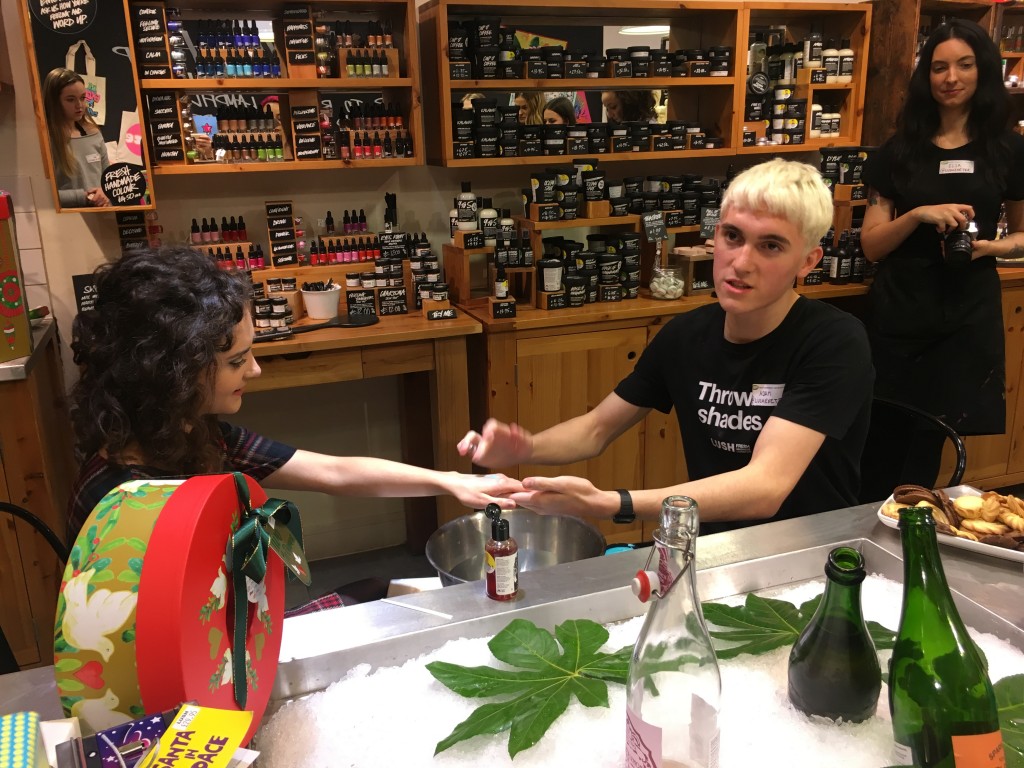 Once we were all bath bombed out, we then moved onto shower products. We were given a demonstration of a selection of the Christmas-themed shower products, with a couple of lucky bloggers used as guinea pigs. 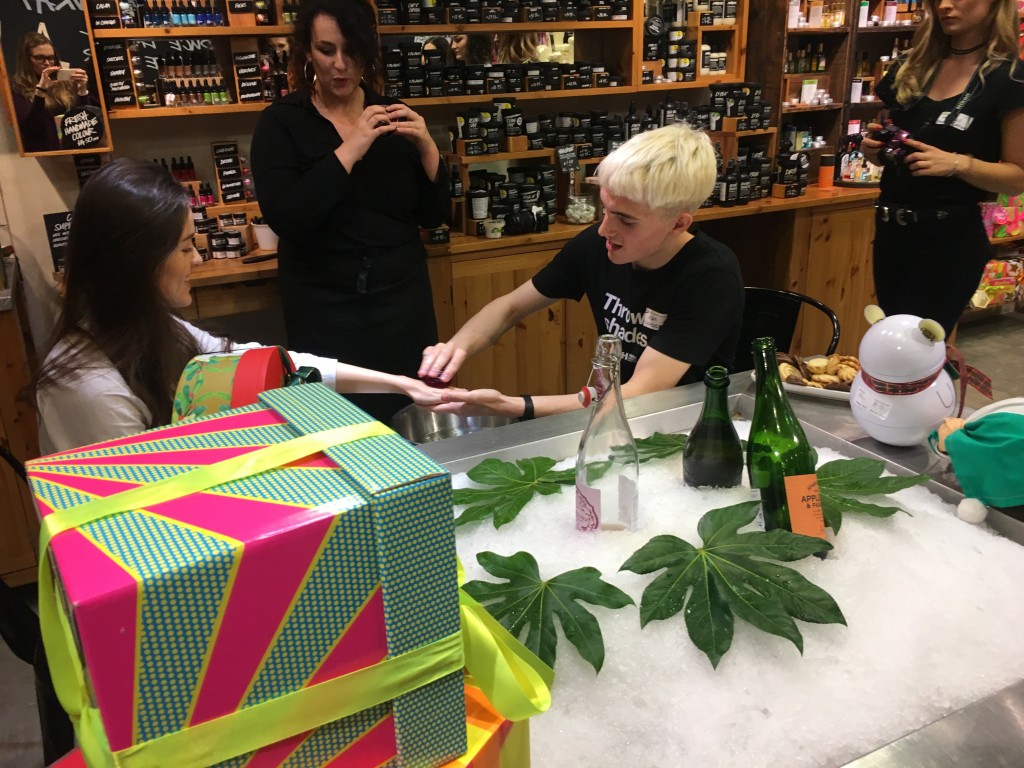 After we’d seen a couple more shower products, we then got a chance to browse the soaps. I am such a fan of the lush soaps, they are just so, so pretty. I love how bright and unique they are, and the fact that each soap smells so different from the last. 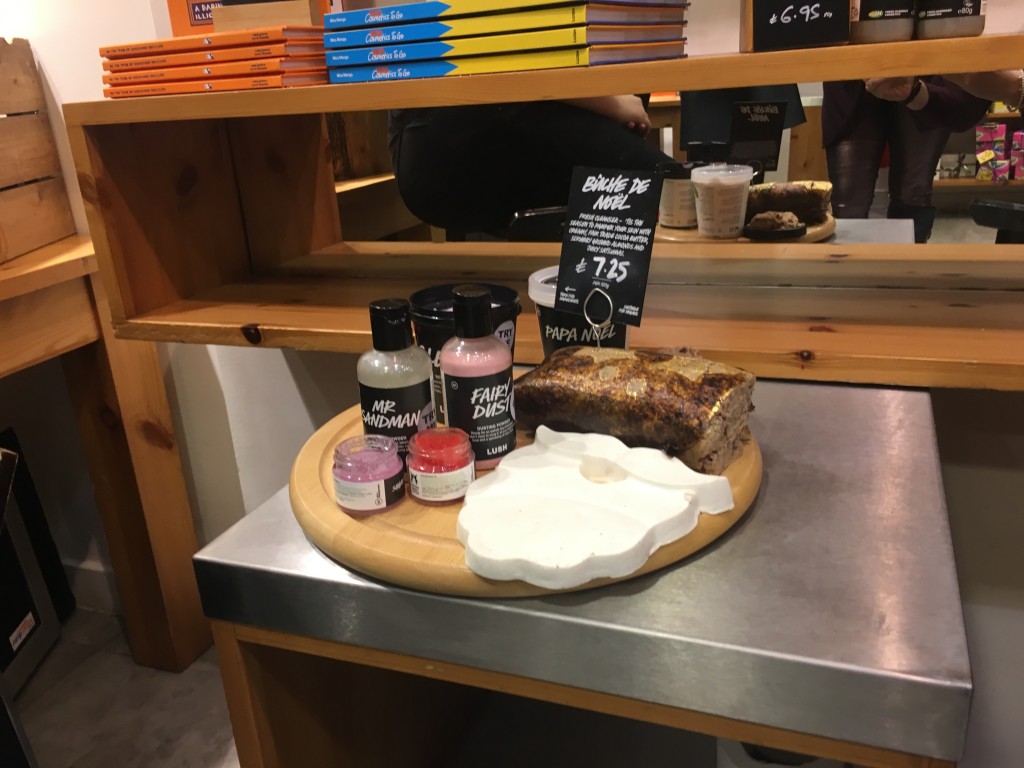 Once we’d had our fill of the soaps, we then moved onto skincare. I am a major skincare addict, so this was most definitely my favourite part of the event.

The first product that we were shown was Papa Noel a face wash jelly shaped like Santa’s beard. Squashed inside a plastic tub was what looked like a lump of jelly, but when it was carefully removed from the tub and opened out, it was a beard-shaped face wash. (I fell in love with this product there and then, I just loved how creative it was!)

Next, we were shown the Lush sugar scrubs for the lips. I always get dry lips, so for me, these are a fantastic product. I love the fact that they come in all sorts of colours and scents, and will definitely be purchasing one of these the next time that I am in Lush. 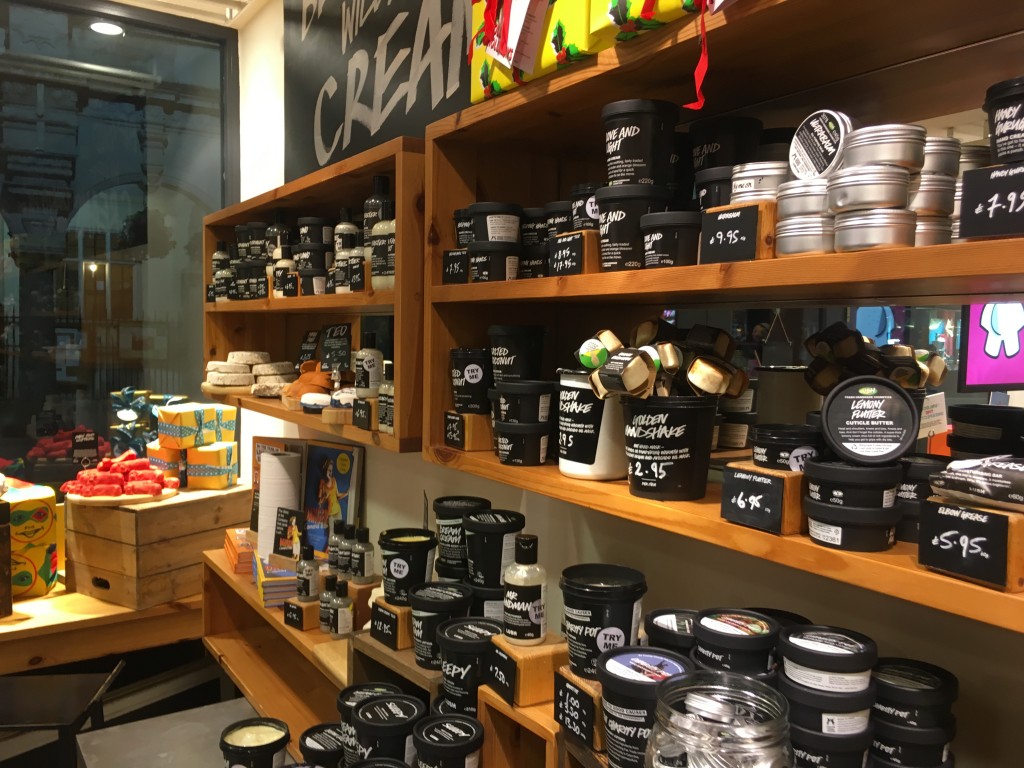 The next product we were shown was Mr Sandman Dusting Powder. I love the concept of this product – it can be applied after moisturiser to stop that sticky feeling – as there is nothing I hate more than being sticky.

Last but not least, we were shown Deep Sleep Shower Jelly. This is a shower jelly that’s ideal for using just before bed, as it is made to calm and soothe you, making it easier for you to drift off into a restful sleep. 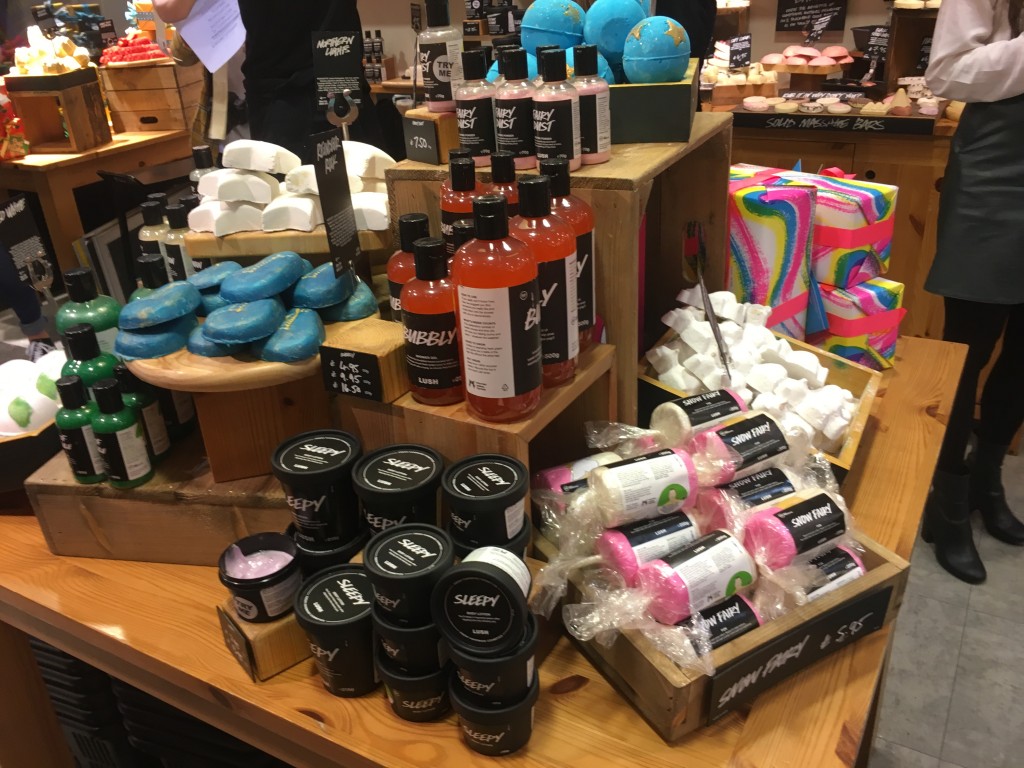 The next part of the event was everyone’s favourite part – shopping time. We were given around 15 minutes to look around the store, ask questions about the products, and pick up whatever we wanted to buy.

I picked up a couple of bath bombs for the fiance and me to test out. I chose Sex Bomb for me and Ickle Baby Bot for him, I was hoping to find some more manly ones as he loves bath bombs, but that was all that I was able to find for him. 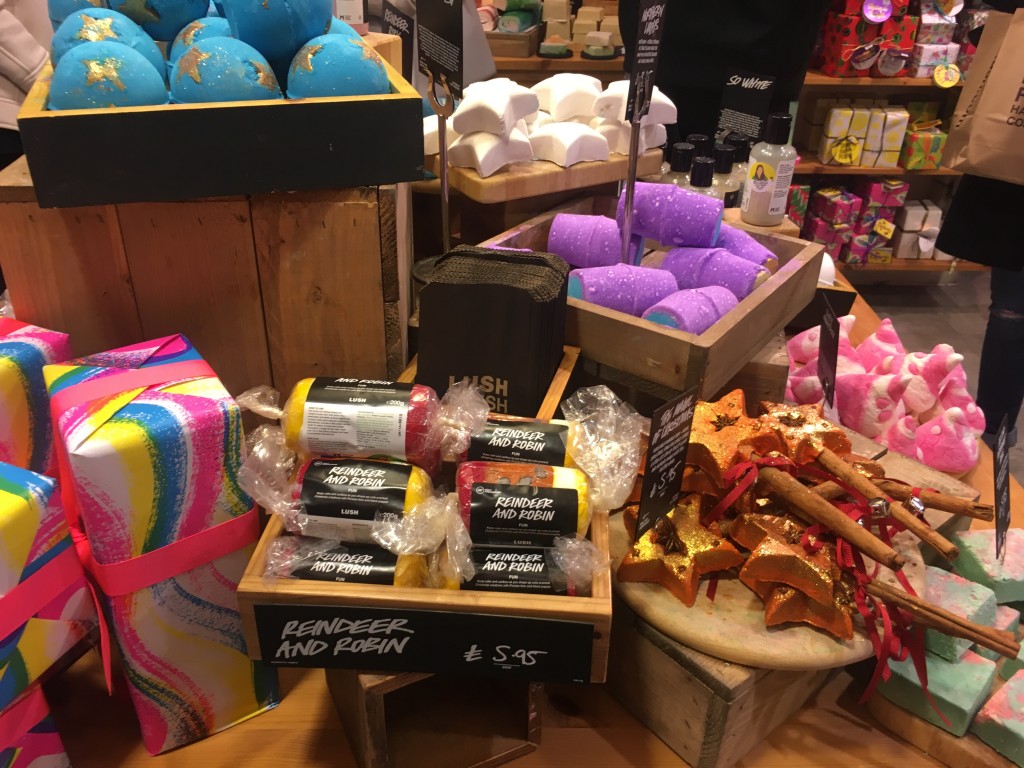 When we went to the till to pay for our bits and bobs, we were also handed a goody bag. I’d heard a lot of good things about the Lush goody bags so I was incredibly excited to get mine, and I’m pleased to say that I was disappointed – my goody bag was packed full of some amazing bits and bobs, including Papa Noel – aka Santa’s beard, Bubbly Shower Gel, a Nevermind The Ballistics bath bomb, Candy Cane Roulade – a shower soap, Reindeer Rock Soap, and the Magic Wand Reusable Bubble Bar. 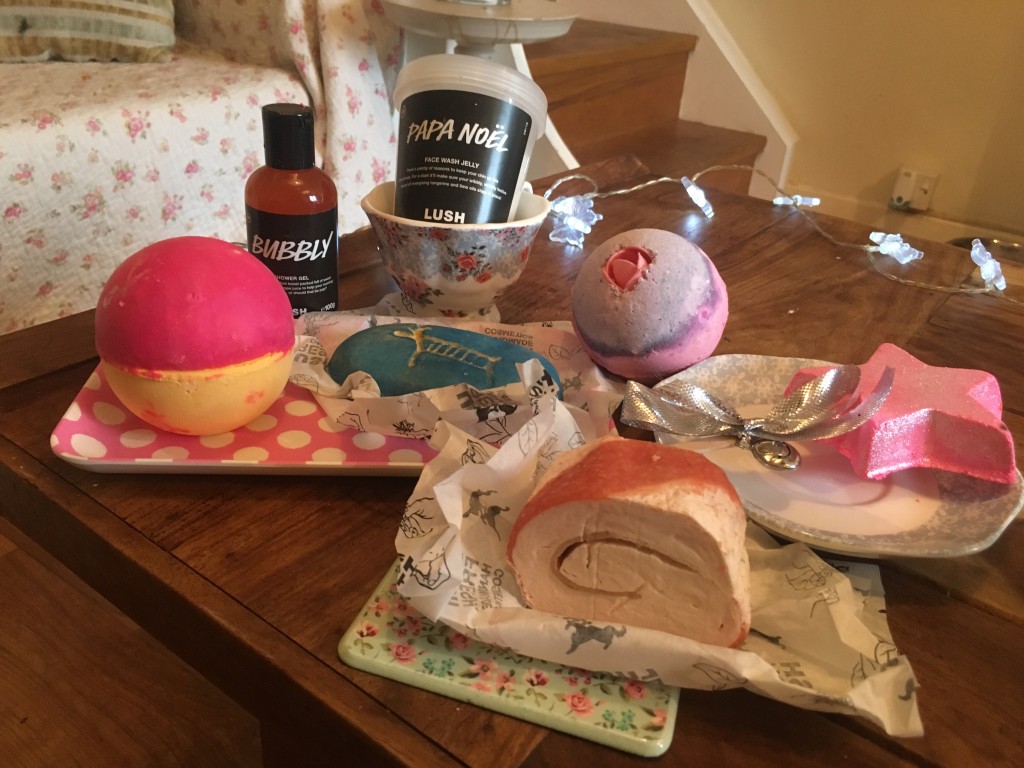 I had the most amazing time at the Lush Exeter Christmas Blogger Event, and can’t wait until they hold another one! I learnt so much about the products, such as the fact that they’re all handmade, 100 percent cruelty free, they’re vegetarian, some of the products are also vegan, and as far as possible they like to use naked packaging to prevent paper wastage – what an amazing company.