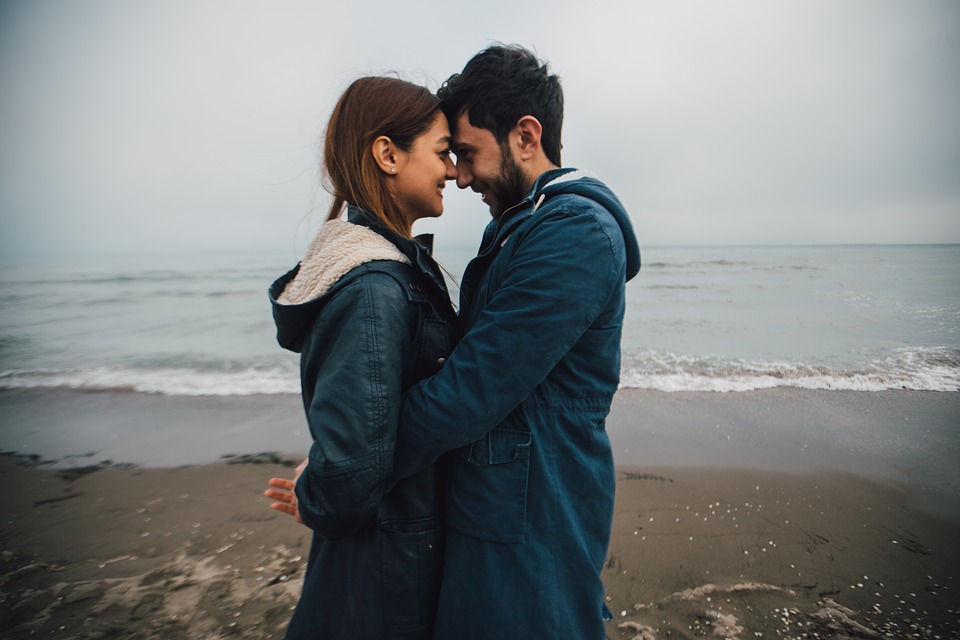 We’ve just finished giving gifts to our loved ones for Christmas, but in a few weeks, we’ll be doing it all over again for Valentine’s Day. But unlike the general love for Christmas, Valentine’s Day has developed something of a ‘trendy’ dislike — 52% of consumers say they think the day is a waste of money, and 81% reckon the day is far too commercial these days.

Of course, this could be down to a sense of obligation; without prior agreement, couples aren’t likely willing to risk not buying their other half a gift! But it does seem rather glum that the day to celebrate love has become one of routine rather than the very essence of romance itself — excitement and spontaneity!

What it’s all about

Like any good reboot, if we’re going to do it justice, we need to look at the source. As many people know, Valentine’s Day is named for Saint Valentine. To become a saint, there’s two options: have a verified miracle to your name or become a martyr. For Saint Valentine, it was the latter.

In a grim turn for the holiday of love, Saint Valentine was beheaded. The reason for this? During the rule of Claudius the Cruel, the unpopular emperor was having a hard time getting men to enlist into the military. The reason, in Emperor Claudius’ mind, was that men were too busy with their wives and families. The solution was, of course, to ban marriage and engagements.

Valentine, a holy priest at the time, thought this was unfair. In order to maintain the holy act of matrimony, Valentine continued to perform marriages in secret. He was eventually caught and sentenced to death by Emperor Claudius. Valentine was sentenced on 14th February around 270AD, beaten to death with clubs, then beheaded.

There are some other legends linked to the 14th February of course, including pagan festivals of love. But if we consider the rather tragic tale of Saint Valentine, then we can appreciate that the day set aside for his name is really about the enduring strength of love. Though he met a rather grisly end, there’s certainly a romantic element to the idea that love, and the act of partnership, could not be stamped out even by an Emperor!

It would be nice for the day to bring back some sense of that honest desire, rather than it being a need to ‘spend the most’ to prove one’s affections. With that in mind, let’s look at how we can improve some exhausted Valentine’s gestures and make them sincerer and, above all else, appreciated?

According to data from Statista, the most popular gifts choices in the UK for Valentine’s Day 2018 were:

While none of these gifts would be rejected, they’re probably not going to surprise your significant other. For that, we need alternatives to stand out from the norm.

Instead of a card, opt for a framed photograph

Honestly, who keeps cards? No matter how heartfelt the gesture, or how long you spent pouring your heart into the card, that card’s probably going to end up in the bin eventually. And that’s not only a waste of money, it’s also bad for the environment.

Instead of the usual Valentine’s card, (which, truth be told, are usually a bit tacky design-wise), surprise your other half with something far more personal — a framed photograph of you together! In this digital age, we don’t often bother to print out photos, which means the ones that are printed take on the value of a treasured keepsake. A photo of you both doing something together, forging a great memory, framed to keep? That beats a card any day.

If you really, really want somewhere to write that declaration of love you’re prepared for the card, pop it on the back of the photo instead. It won’t be on view in the photo frame, but your loved one will know it is there. That makes it all the more special!

Instead of a box of chocolates, treat your loved one to a picnic

Chocolate is great. It is, most of the time, a safe choice. But that’s half the problem — it’s such a safe choice for Valentine’s Day that it can seem like you haven’t put any thought into the gift at all. Plus, Valentine’s Day is only 44 days after New Year’s Day. If your other half made a #NewYearNewMe promise or New Year’s resolution to be healthier, chocolate is a dangerous gift.

Harmony has a better idea. Take your partner out for a picnic! It’s a beautiful gesture, as you can make all kinds of nibbles, take a bottle of champagne and some strawberries and there you have it: a perfect Valentine’s gift. Even if it’s raining or cold, clear the living room floor, lay out a big blanket, light some candles and have a cosy Valentine’s picnic there.

Instead of booking a table at a restaurant, book a weekend away

There’s been an increase in couples heading away for experience days rather than buying physical gifts during Valentine’s Day, according to some studies. In fact, experiences are growing rapidly in the sector across other gift-giving seasons like Christmas and birthdays too. Really, you can’t put a price on a memory — people love to spend time with their other halves, creating stories to tell and experiencing the world together. You just can’t get that with a box of chocolates or a bunch of flowers.

But while heading out for a romantic meal is a classic gesture, restaurants can be a stressful experience on Valentine’s Day. They’re naturally packed, the service can be slower as a result, and if someone decides to pop the question then and there, you end up feeling outplayed for the rest of the night.

Instead of walking right into the busiest place on the busiest night, head in the opposite direction. Take your partner away from the bustle of the city to a relaxing weekend away somewhere peaceful; booking one of the gorgeous cottages in Northumberland would be perfect for this treat! Instead of being stuck in a noisy room of diners, you and your other half get a whole luxury cottage to yourself to relax, have drinks, cook a lovely meal, and enjoy the peace and quiet in each other’s company. Plus, instead of it just being one evening, you’ve got days at your disposal to enjoy the facilities, such as spas and hot tubs.

Looking for a top tip? You can book the getaway as your Valentine’s gift for your partner, but don’t be afraid to be flexible with the dates you head away. Booking for exactly 14th February can, of course, be tricky. Breamish Valley, who have helped many people build their perfect romantic short break, advises that “booking either side of Valentine’s Day is a smart move. These times tend to be quieter, not to mention cheaper, so they are perfect dates for couples”. Have a chat with your other half about it — chances are they won’t care if they get a cottage break a little before or after the 14th itself, they’ll just be excited at your gesture!

Instead of flowers, go for a homemade gift

Like chocolates, flowers are a tried-and-true gift. But that works against them nowadays, as flowers can seem a little, well, boring. Sure, the florist does a great job making sure the presentation is flawless, but why not make something yourself?

Give something homemade to your significant other for a far greater display of affection. Taking the time to make something and putting in the effort makes this expression of love truly magical. There are loads of DIY gift ideas out there for every level of crafty skill; Buzzfeed lists some great examples, such as homemade bath bombs, coasters, and marshmallow pops.

Save the flowers as a spontaneous treat during the rest of the year instead!

With a little thinking outside the box, these traditional Valentine’s gifts can be revamped into something truly great. There’s definitely a theme here; from a framed photo of a great time together, to a weekend getaway, a picnic together, or a homemade gift, you’re capturing a moment and experience shared. Make 2019 the year you find the true meaning of Valentine’s Day!