If there’s one thing that stands out from everything else in a job description, it’s the information about the chances of progression that come with the role. When you first take on a new job, it’s something that’s new, exciting and challenging. After a while, however, doing the same thing day in, day out, starts to get a little dull. It’s at this point that you start to become restless and your mind starts to wonder whether you would be happier working somewhere else, in a new position.

The problem is that a lot of business owners are guilty of keeping their employees in the same roles for years. When a new position becomes available, they would prefer to get some ‘new talent’ in to do the job. By opting to employ a new team member and not promote someone who already works for you, it cuts costs. This is because you only have to provide training for one role, not two. Like everything else, it comes down to money.

As someone who’s been in a position where they haven’t had the development that they craved, I can say first hand how frustrating it can be. You know you’ve got the skill, you know you could be an asset to the team, and yet, no one is even willing to give you a chance. It’s no wonder that so many of us choose to hop from company to company in the hope of finding a boss who will value us and give us the chance to progress.

I would like to think that if I was ever the owner of a business large enough to have a team of in-house staff, I would do everything that I could to retain the existing talent that I had. The first in line for new positions that opened up would by the team I already had in place, because that’s how it should be. They’ve worked hard and shown me that they’re passionate about my company, so naturally, it would be the team already in place I would want to promote. 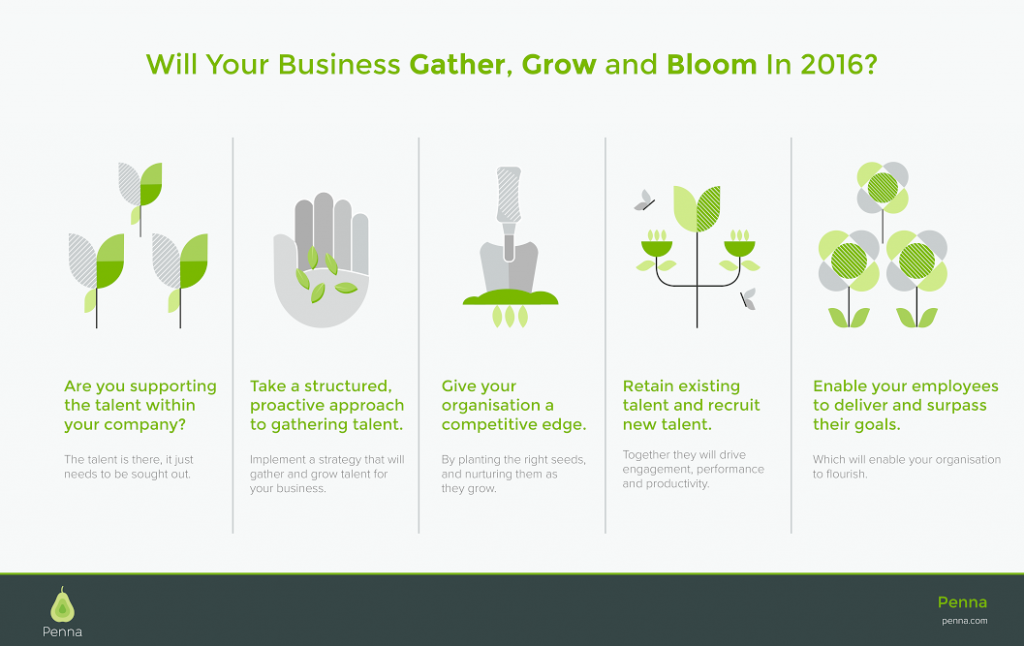 All business owners should support the talent within their companies by nurturing it and allowing employees to grow and develop. By helping your employees to move up your company as Penna recommend, you can retain all the best talent. By offering your team opportunities to advance, you can motivate them and drive them to be more productive. By giving your employees the skills that they need to grow and flourish, your company will thrive. You’ll have a productive team to rely on that cares about your company and you as a person, because they know that you value each and every one of them, and their talent.

Of course, you can take on new staff as and when it’s necessary – that’s part of growing a successful brand. However, for the most part, it’s  beneficial to promote people who are already part of your company and nurture the talent that they have. This is a much more sustainable approach to business and will, in the long-run, save you a lot of time and money.