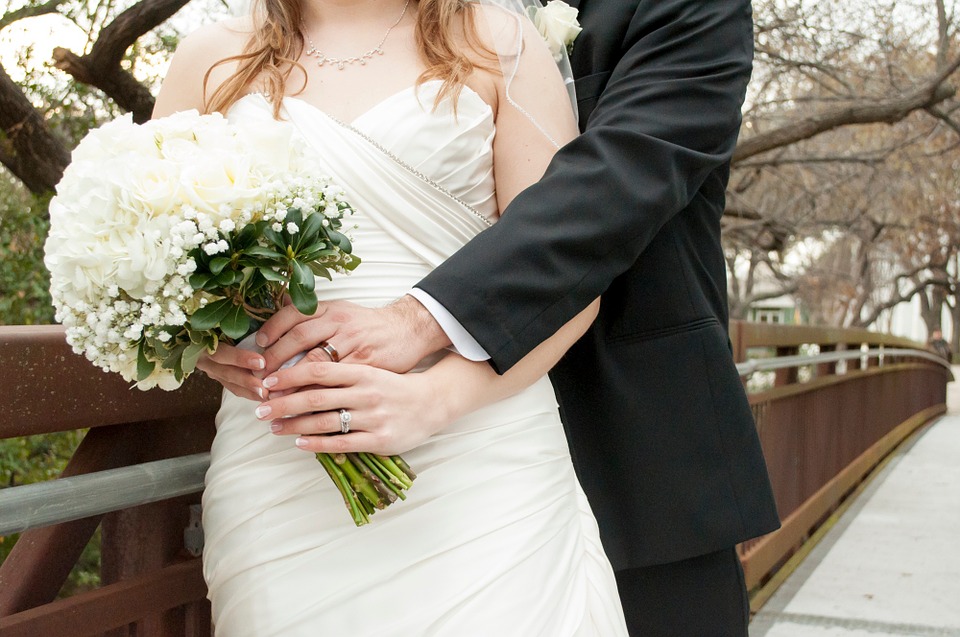 I am a big fan of marriage…

I have to admit, I am a romantic at heart, I always have been. I’ve always loved the concept of telling a church load of people exactly how you feel about your significant other, using those enchanting phrases that have been locked in time as part of a traditional wedding ceremony – to have and to hold, in sickness and in health, to love and to cherish… I think weddings are amazing, and I can’t wait to have my own.

How much has the concept of marriage changed over time?

If you read my blog regularly, you will know that I am engaged, and have been for the best part of four years! (A long time, I know, but weddings are expensive!)

When I got engaged to my boyfriend of a year at 21-years-old, there was uproar. (Okay, that’s me being dramatic, but it didn’t go down too well, put it that way.) The thing was, no one expected it. Everyone said it was too fast. We didn’t receive any ‘congratulations’ cards, except for one from my mum and step dad. No one asked when our engagement party would be. No one clamoured to see the ring. No one was excited for us, and that hurt.

I knew what people thought, that we’d got engaged too quick, rushed it, and wouldn’t stand the test of time. After all, it is the 21st century, who needs to get engaged that quickly, what’s the rush? We got engaged because we wanted to. He picked out a ring that was perfect for me in every way, got down on one knee on a rural beach where I grew up, while I swung in the tyre swing looking out to sea. When I swung around and faced him, I saw him knelt on the sand with a ring in his hand. We were in love, we already lived together, and the ring was beautiful – why would I not say yes?

People were shocked I had said yes, but just 30 or 40 years ago, couples got married after just a few months – that was the norm. My great grandparents met and were married within the month. My grandparents got engaged after three months of courting, as dating was known then. My fiance’s parents got engaged after nine months of dating. Just because times have changed, does that mean getting engaged quickly is rushing it? Does that mean a relationship won’t last?

My great grandparents were married over fifty years until they passed away. My grandma and grandad were married for 40 years, before my grandmother passed away. They got married quickly – within a few months and were happily married for decades. They might have lived in wartime Britain and we might live in the digital era but why does that have to mean a quick engagement won’t last and why are so many people against them?

This October will mark five years since the day my fiance and I became a couple. We’re still engaged – currently planning our big day, live happily together, and are planning a future.

Marriage isn’t for everyone…

We’re pleased we got engaged when we did because it was the right choice for us, but for others marriage may not be the right option. I have friends who have been in relationships for longer than I have and still aren’t engaged, because it’s not what they want – they’re happy cohabiting, and that’s fine.

A lot of people are put off of marriage because of divorce – apparently one in two marriages now end in divorce. My parents got divorced when I was a child but it hasn’t put me off, I see it as a blessing. When my parents divorced, my brother and I were devastated, like any child would be, but not only did we get two sets of Christmas presents out of it, we also got two new families. My dad has a lovely girlfriend who has two daughters, and my mum got remarried to my step dad, so now I have a step brother who I think of as another brother, and a blended family that I wouldn’t change for anything.

What do the stats say?

According to https://www.slatergordon.co.uk/ there are some interesting statistics about marriage in the 21st century. The statistics show that 69% of people believe the biggest benefit to marriage is the commitment to a relationship, whilst 42% see increased financial security as the main benefit. 53% of those surveyed believe they would (or did) choose a civil ceremony as opposed to a religious one – this interests me as I have always known, since I was a child that I would get married in a church. Out of all those surveyed, 54% of people have experienced a close family member getting divorced. Whilst 23% of people have been divorced themselves. The study also showed that 69% of people believe there is less pressure to get married compared to 10 years ago, which is something that I would definitely agree with.