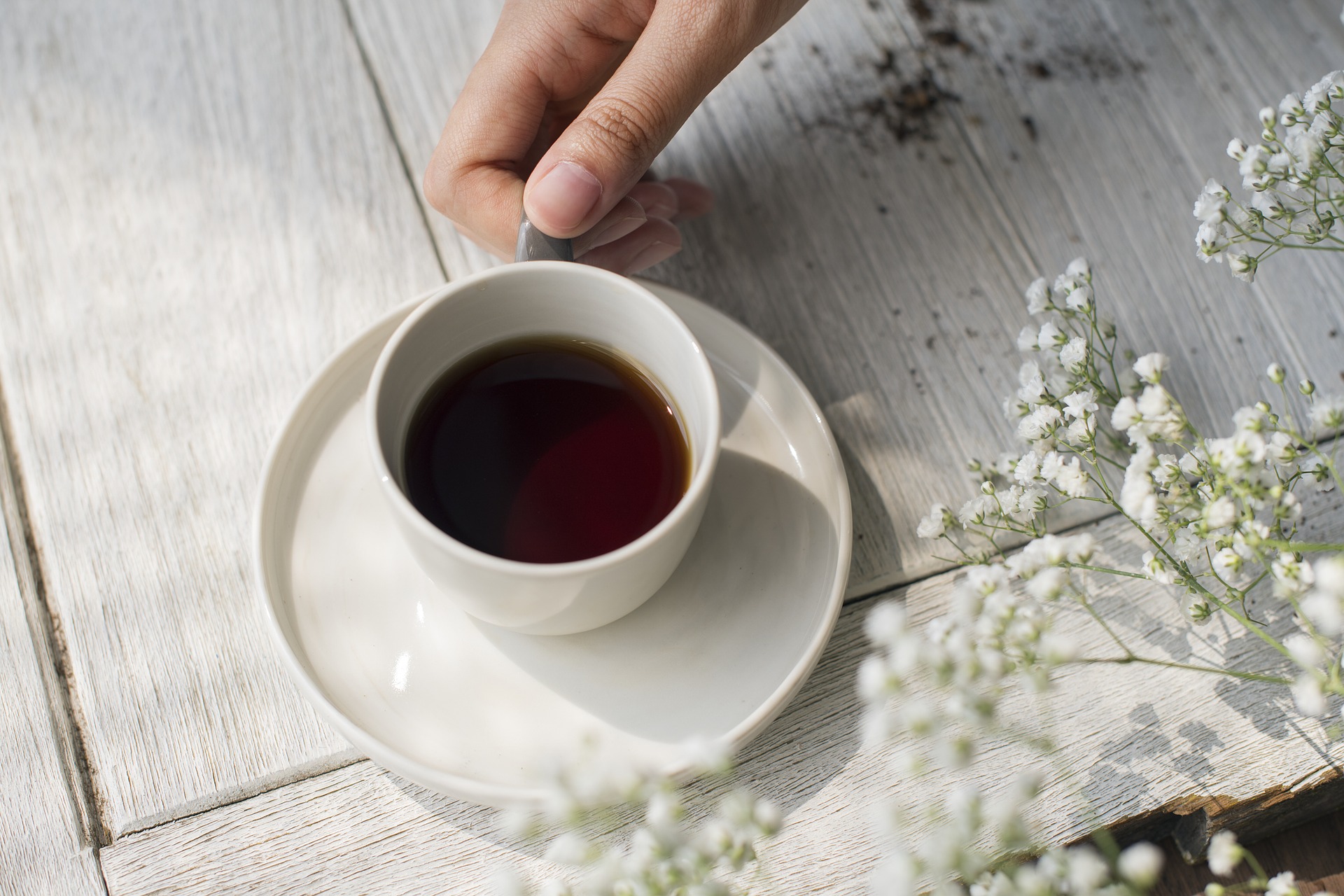 So, spring is here and it’s that time of year again where the house has to change with the seasons. Sometimes, you can leave the interiors as they are because there isn’t much difference between, say, autumn and winter. Coming from winter to spring, though, is a massive change and one which should get reflected in the home. After all, as the sun takes its hat off, you don’t want to be sitting in a warm, dark living room. It’s depressing!

It’s also expensive, which is one reason property owners tend to put off the transformation for as long as possible. What if, though, this post said don’t worry about the budget? What if the writer, rather knowingly, pointed out there are dozens of ways to renovate on a shoestring? And, they aren’t generic or stereotypical, such as add a coat of paint. It’s a no-brainer!

But, here comes the reply: “I don’t want to sacrifice design for costs.” Good thinking because lowering the budget can result in a lack of creativity. However, the following are as innovative as it gets. Here’s what you need to know if money is an issue.

Wallpaper doesn’t seem expensive until you take a look at the fancy designs and a single roll is over £50. How on earth can anyone charge that much for stencilled paper? It’s ridiculous, which is why homeowners want to consider buying the cheap and cheerful stuff. You know? The rolls which are plain and beige like vanilla ice cream. Don’t fret because there is a method to the madness, and here it is. By using the affordable stuff, you can plaster your walls at home without breaking the bank. In fact, the whole property may be less than £100, which is pretty good for the amount of space. The next step is to take a stencil, custom-made one or one of your designs, and draw stunning shapes and figures. As tricky as it sounds, the equipment does all of the work so there is plenty of room for error. In the end, you should have an industry-style wall which looks luxurious yet that only cost half the amount. A little tip: practice the shapes before going live. Also, you may want to add them to the wallpaper before putting it on the walls to avoid further stress.

Do you remember the part in the intro where the post specifically said no boring paint advice? Well, you should have taken it with a pinch of salt! Joking aside, this tip does use the glossy stuff to reinvigorate the interior, but it’s by no means monotonous. The reason is simple: you’re not going to throw it on the walls and say “all done!” Nope, if you want to follow this advice, then you have to channel your inner SMART. As kids, we loved to play around with paints and mix colours, and now is the time to get childish. Rather than stick with one shade in blocks, homeowners should think about merging hues for a dramatic effect. For instance, the whole living room may be white. No problem because you can add flicks of black or charcoal paint to smudge the finish. This is especially effective around the fireplace because it gives the space a rustic feel. Anyone looking for the specific style should search “German Smear.” Why Deutschland gets credit is a mystery, but that’s the way der cookie crumbles!

“Cool trick, peeps, but what am I going to do with the leftover paint tins?” Ah, this is the best bit because you’re going to use them to decorate the light fixtures. At first, it doesn’t seem as if the style will work. Paint tins covering light bulbs – are you mad? Firstly, the answer is no and you can see the test results if you like! Secondly, tins are a perfect shape to cover the bulb and illuminate the room without blocking too much light. If you prefer, measure the fittings and the tins and then cut the leftovers down to size to ensure a better brightness to room ratio. Some people wash them and then use them to decorate, but it may take away from their character. Paint tins with smudges and smears have personality and act as a novelty focal point too. Anyone whose lampshades are untouchable will need a different option, and this is where wildlife comes into play. Depending on the garden situation, you may want to put soil and flowers in a hollowed out can. These funky pots will stand out a mile because they are incredibly artistic. Just be sure to clean out any chemicals beforehand or else nothing will grow.

George Carlin once said, “houses were invented to fill with stuff.” A quick glance around your humble abode will prove Carlin was a comedian with his finger on the pulse. The sad thing is that the majority of your belongings aren’t showcased in the house. Yes, the cool stuff gets pride of place in the kitchen or hallway, yet the rest ends up in the attic covered in dust. Let’s face it – it’s no good to anyone in storage. So, why not blow off the cobwebs and find a place for it in the hub of the action? Tackiness is a problem, but it’s avoidable with the right style. For instance, the travellers among the readership can dedicate a space in the corner of a room to their experiences. You can put up maps of the places you’ve visited, along with commemorative t-shirts and photographs. Plus, don’t forget the knick-knacks that add a sense of adventure rather than an element of clutter. Innovative minds may want to put up an entrance way which welcomes guests to come along for the ride. Think of it like an Epcot-style but not in America and nowhere near as huge!

Take A Look At The Greenery

Part of being a modern homeowner is trying to reduce your carbon footprint. There are many ways to hit a target, recycling being the most popular at the moment. As weird as it sounds, anyone can go green by decorating the house with the right objects. Of course, plants and flowers are a must, especially the ones that soak up lots of CO2. And, using natural materials is another option, such as wood bamboo. Not only does it absorb and retain heat, but it also filters out harmful chemicals in the air. Probably the most unusual tactic is to use ink cartridges. Cheap printer cartridges and ink are a staple of most homes because peoples gots to print. Throwing them away, however, is a waste as the packaging is perfect for a homemade paperweight or a robot. Accessories which you have created yourself are a reflection of personality and brighten up any home. Plus, some creations are practical and stylish. Seriously, it isn’t hard to make a lamp or a pen-holder from a bunch of dead cartridges.

Sold, To The Person In The Blue Shirt!

Okay, the idea of making antiquities or wallpaper is stressful. No matter how this post tries to swing it, it’s easier to buy the real deal and incorporate it into the house. We all know it’s true; we just admit it’s too expensive and there is a budget in place. Still, don’t get too downbeat as this isn’t the end of the line. In fact, it’s the beginning of a journey into a gloriously weird and wonderful place called an auction. Inside an auctioneer’s area, you’ll find a collection of second-hand pieces which range from the amazing to the downright shameful! And, in reality, the majority of it ranks in the second category. But, if you stick around for long enough, you’ll find a diamond in the rough, such as a sofa, armchair or rocking chair. Once you spot what you want, just throw up the sign and let the person in charge know you’re interested. Because it’s an auction, the price may be very low. It may be expensive, too, but the odds are high it’ll still end up costing you less than retail value.

Often, there is a reason for a renovation. Yes, winter is gone, unless you follow Jon Snow, and a change adds a level of freshness. Still, it’s also a chance to make lasting changes and add elements which you have always wanted. Take a study as an example. Everyone wants a place to work from home where there are no distractions, but it usually means losing a bedroom. Most houses don’t have enough space as it is, so this isn’t an option. An alternative, however, is to clear out a walk-in wardrobe. Then, use the shelves to store the computer and stationery and take off the doors to prevent cramping. As long as there is enough legroom, it should work a treat. Plus, being in the bedroom means there are fewer distractions to impact your focus.

What do you think? Are these ideas creative and cheap enough for the average homeowner?